During my visit to Beijing, my friend An planned a group outing to the Great Wall. To that end, she hired a taxi driver-slash-tour guide who came highly recommended from a number of sources. That driver-slash-guide-slash-superman was Hu Da.

To prep you, you must understand that Chinese traffic is not like most other places. Road lanes are a rough suggestion, cars don’t slow down when taking corners, and crossing the street is an elaborate game of chicken. Chinese drivers are bold to the point of insane.

Hu Da made them all look like senior citizens puttering around the block.

A sample of his various feats:

And yet, his jeep didn’t have a scratch on it. Because there’s something you should know about Hu Da. For a long while, he was the number 17 race car driver in all of China. Number 17 out of 1.3 billion or so.

When we got to the wall, we found that he’d taken us to the most dangerous part of the entire so-long-it-can-be-seen-from-space thing: a dense, overgrown, disintegrating section called Jiankou. More people are injured there annually than any other area of the Wall. The route up to the wall was a steep hour-long hike up a path barely one person wide. Hu Da, coming across other, slow-moving groups in front of us, was having none of that. Each time, he would dart into the shoulder-high mass of brambles and grass on either side and race ahead of the other hikers. Having then sprinted several hundred feet up the mountain, he would turn around and call us pussies. 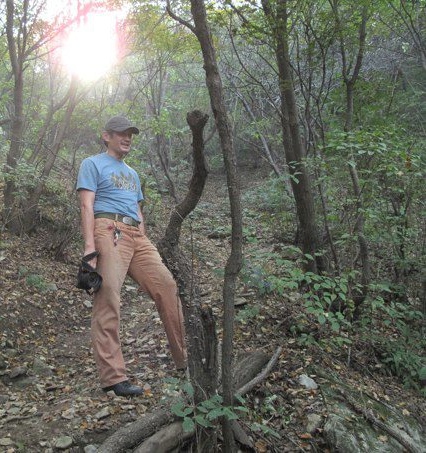 Jiankou’s dangerous reputation, as far as I can tell, comes mostly from an area called the Stairway to Heaven. My first experience with this area was when we’d just gotten to the Wall, and Hu Da, beckoning us to follow, disappeared over a hill. I looked over to see where he’d gone, only to witness him scaling down a 50-foot sheer drop made out of crumbling, centuries-old brick. He was going down one-handed – cavalierly handling his multi-thousand-dollar camera in the other hand. And he was flying down this vertical death trap. 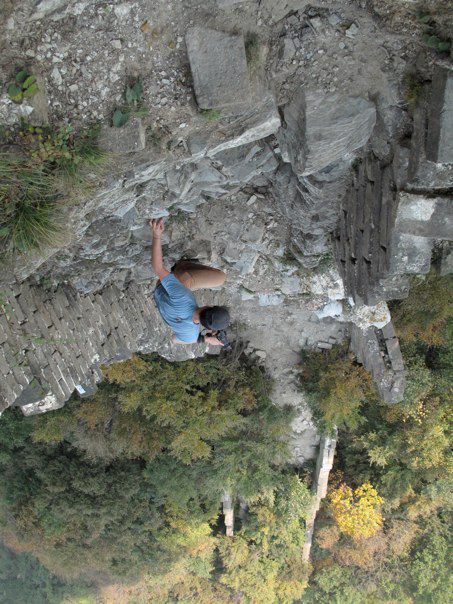 Each of us took it much more slowly. While he laughed and called us pussies.

On the way back, he was selling all the China residents of the group on a trip to Inner Mongolia for horseback riding (we were uncertain if he meant wrestling wild horses into submission), or a cross-country jaunt to Tibet (he assured us he could sneak us in). He also gave us a link to his webpage. 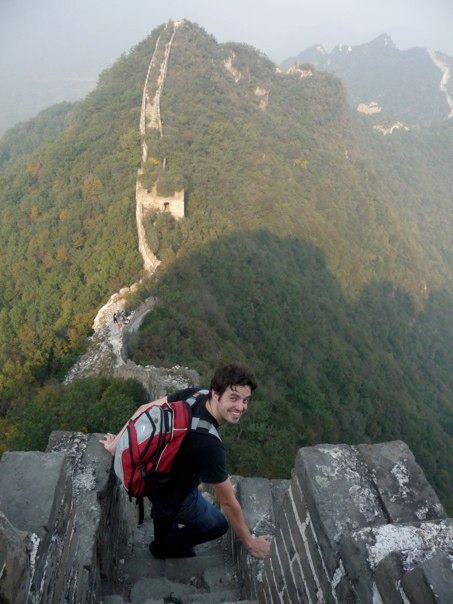