As one of the first assignments for a storyboarding class I’m taking, we had to make a scene based on the prompt that a baby loses a helium balloon and a grown man wants to get it back for the baby.

The restrictions were as follows:

I was one of two people to actually complete the assignment, and although I had a huge number of technical mistakes (due to not understanding the format of the medium), I thought I’d still put it up here. I’m going to post the pictures, without explanation, and then provide a description of the scene, afterwards – as people are supposed to be able to glean everything from the boards themselves. Granted, the boards are supposed to have some description and sound effects on them (a fact I neglected, as I misunderstood the “no dialog” edict as much stricter), but hey. See if you can follow. 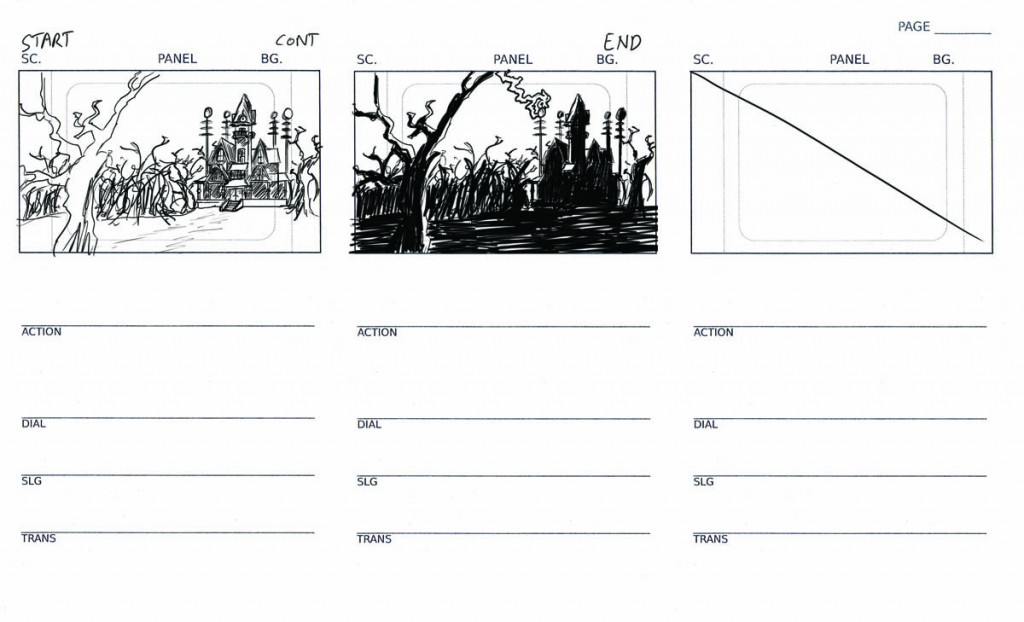 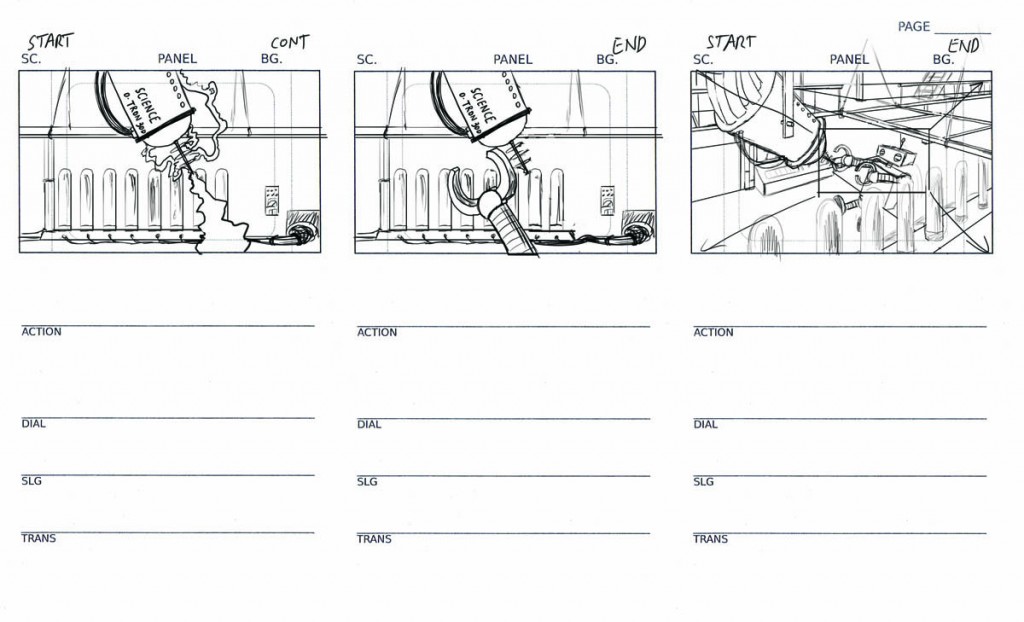 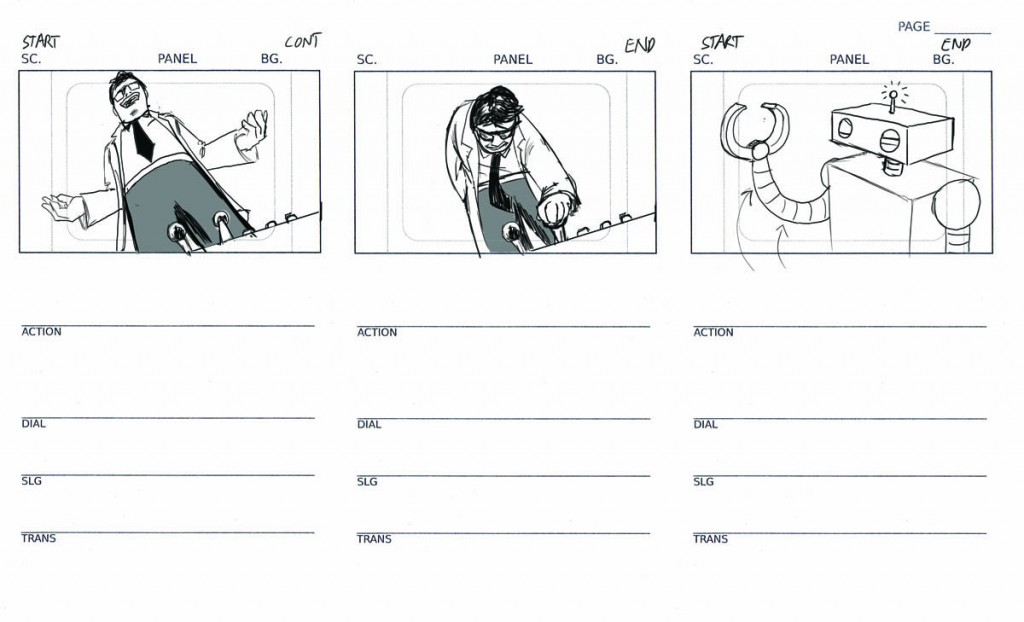 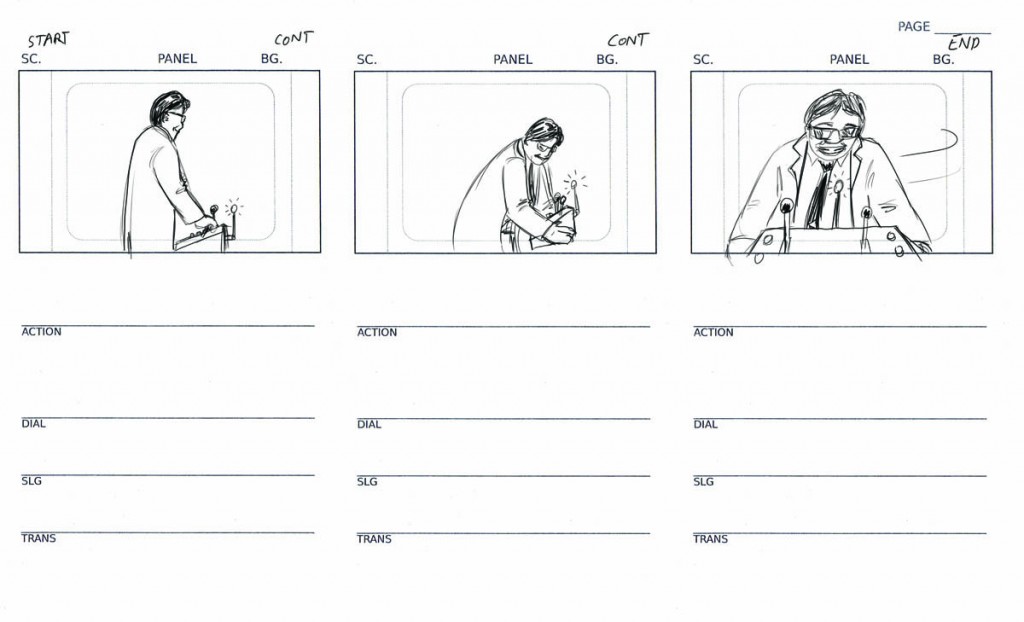 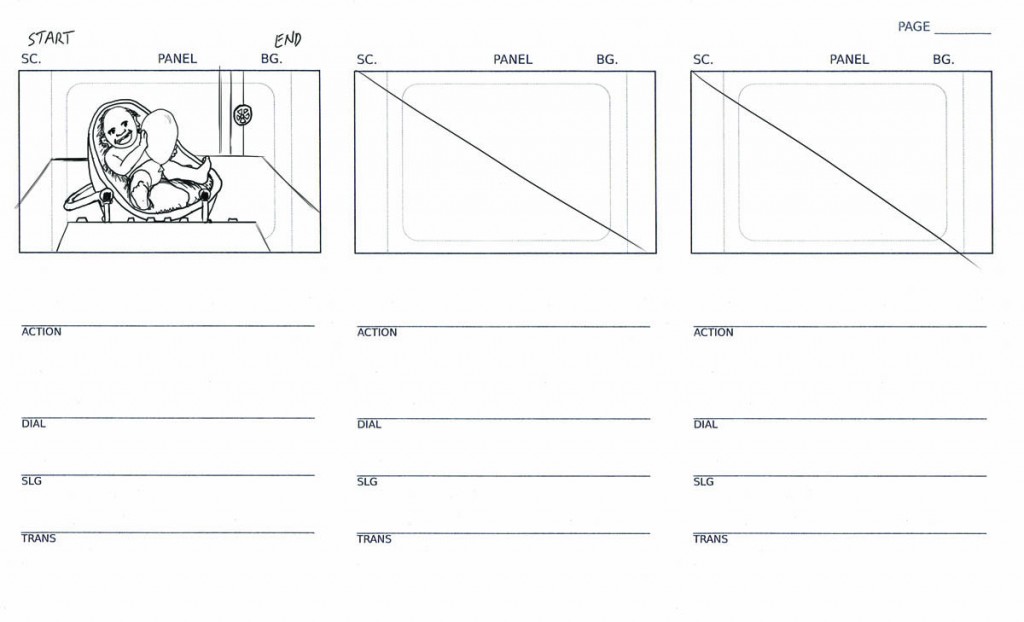 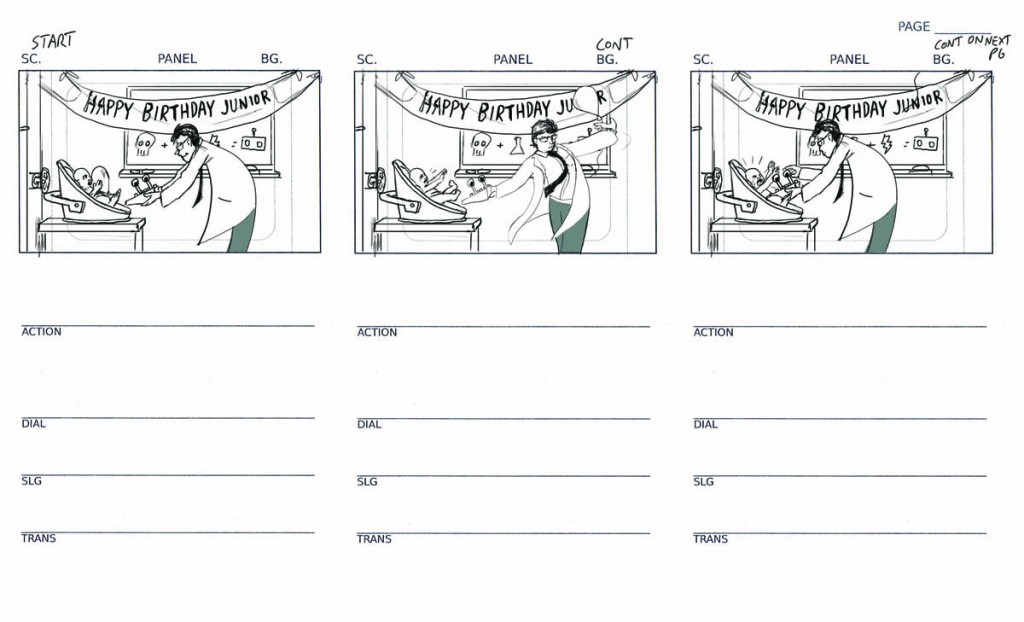 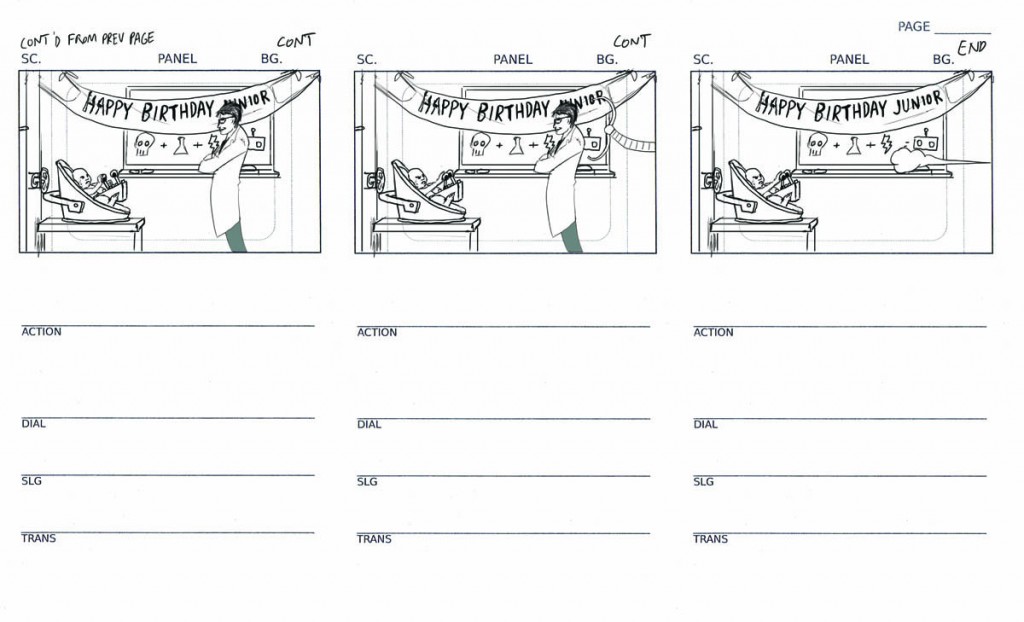 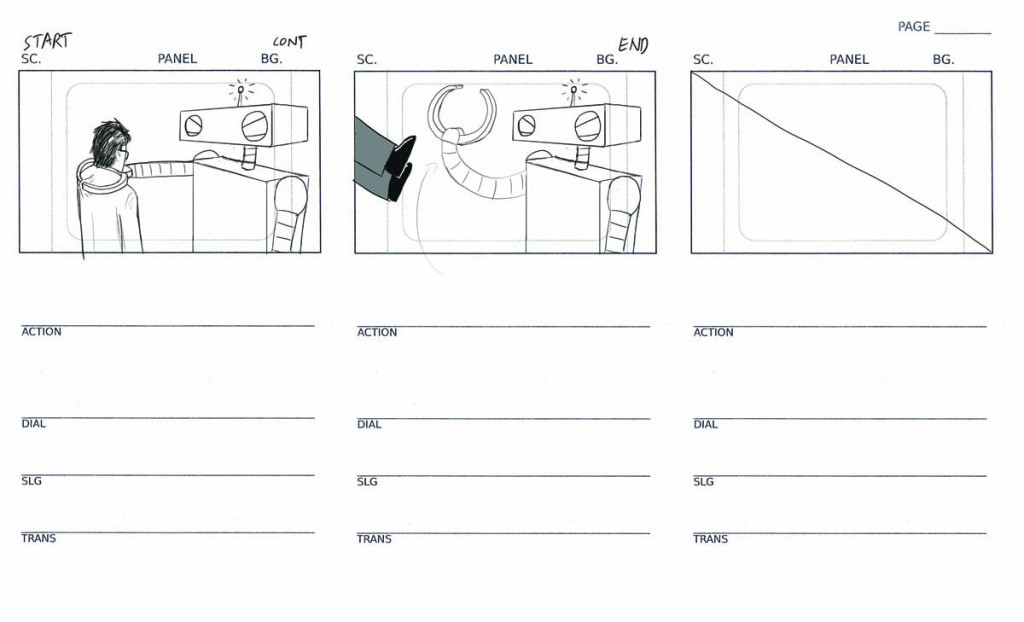 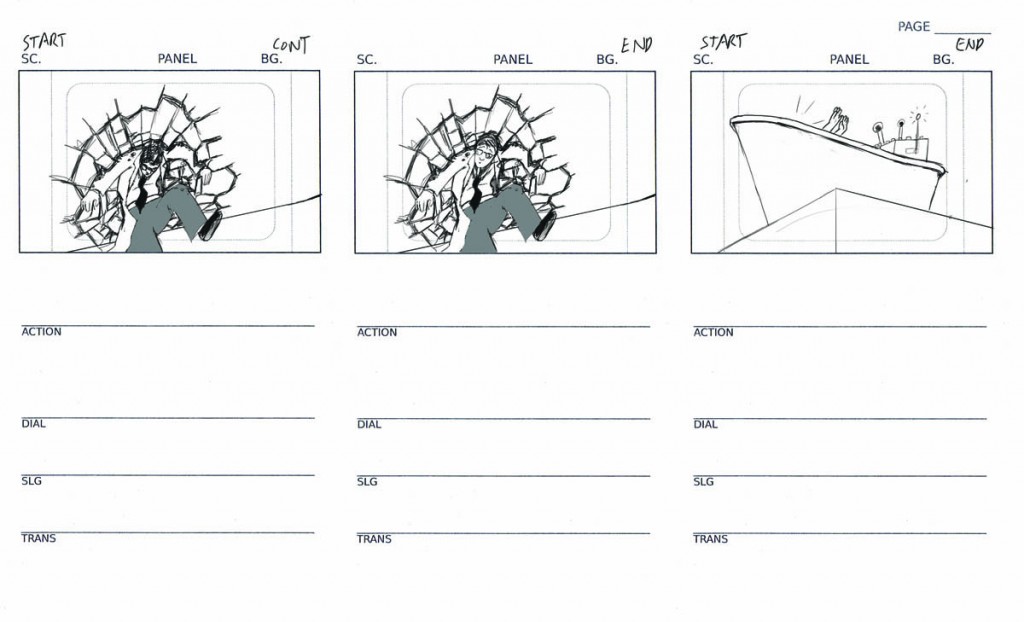 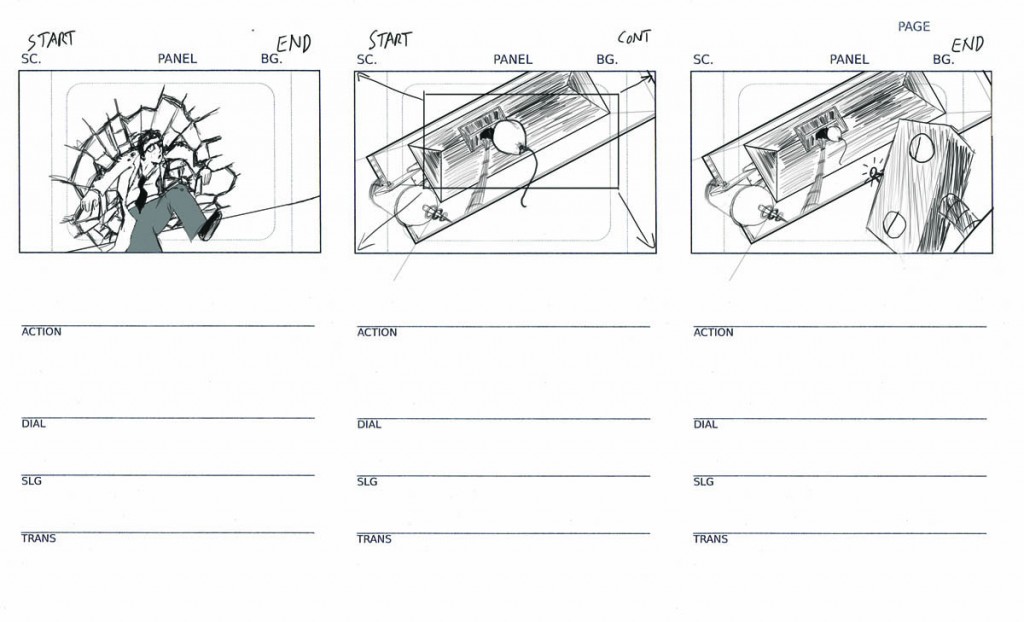 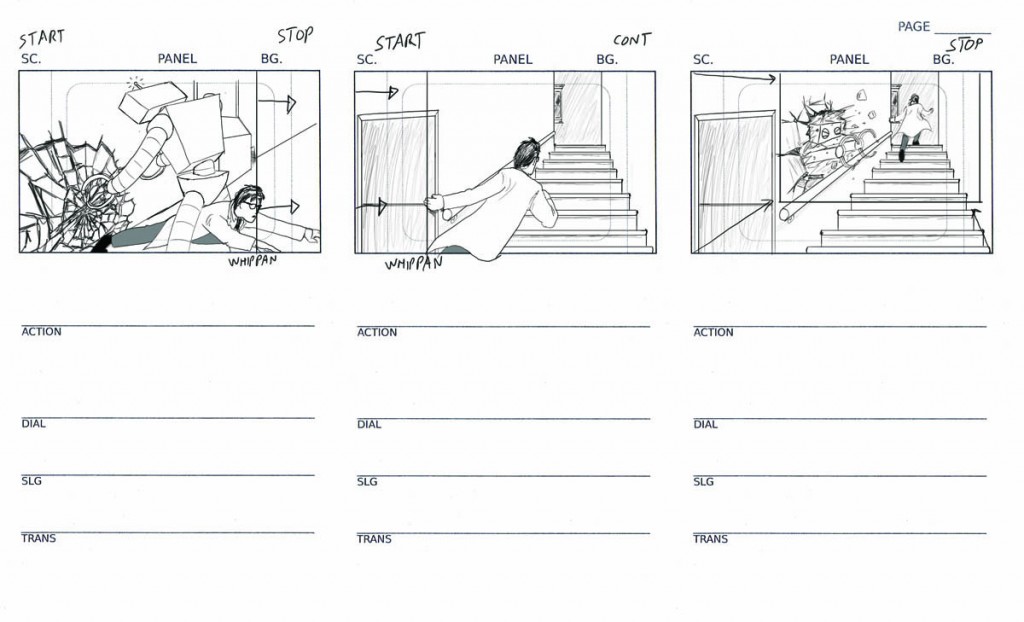 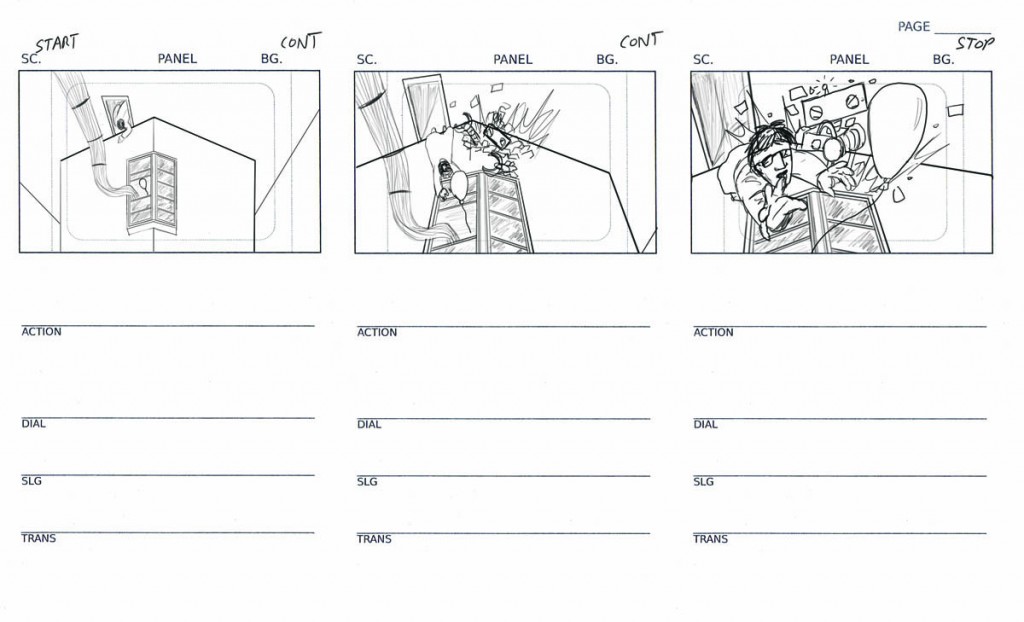 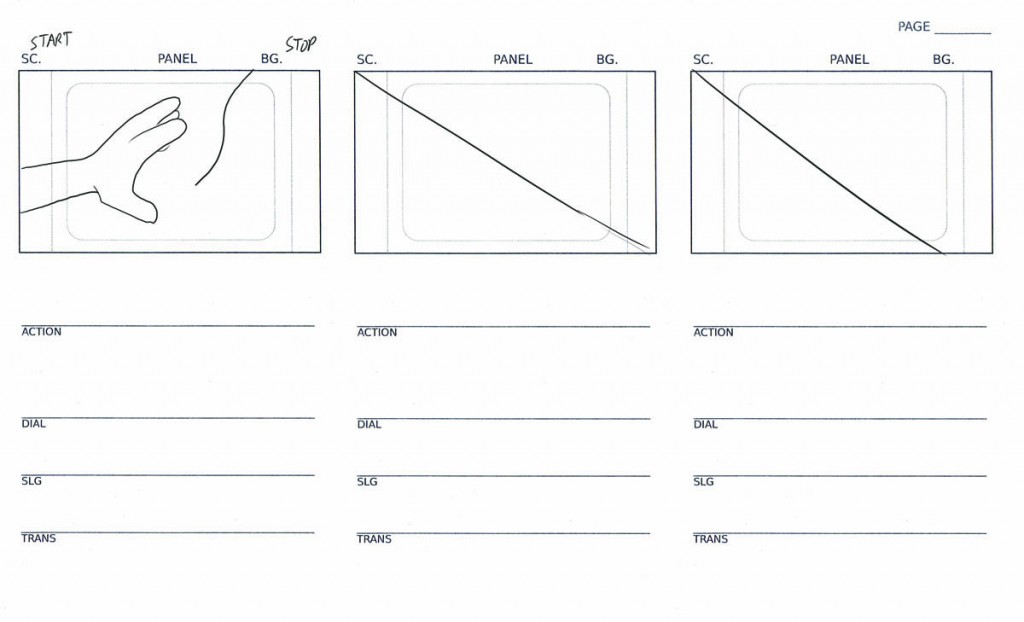 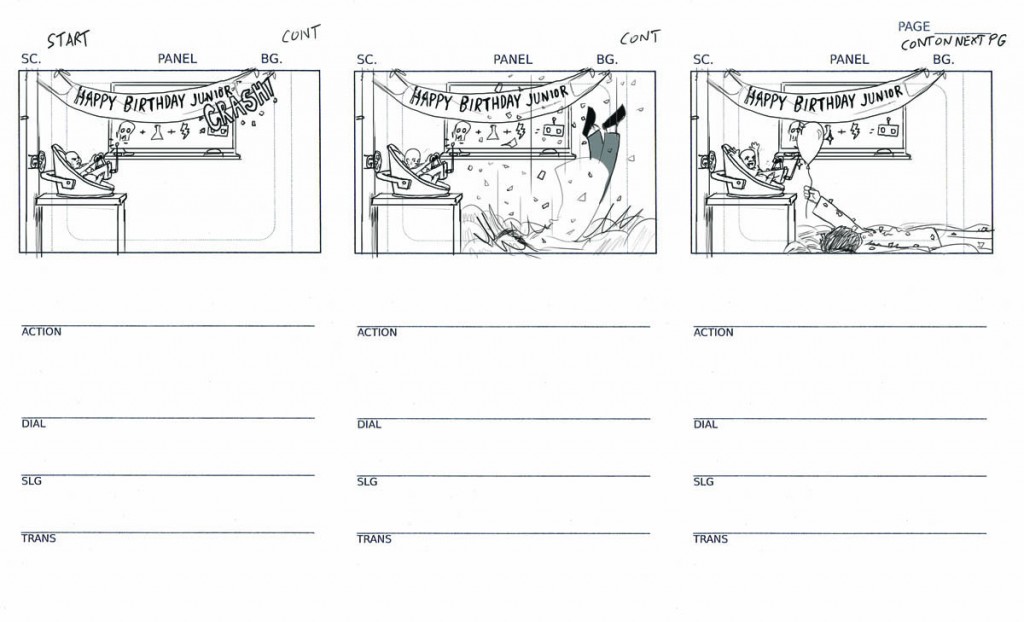 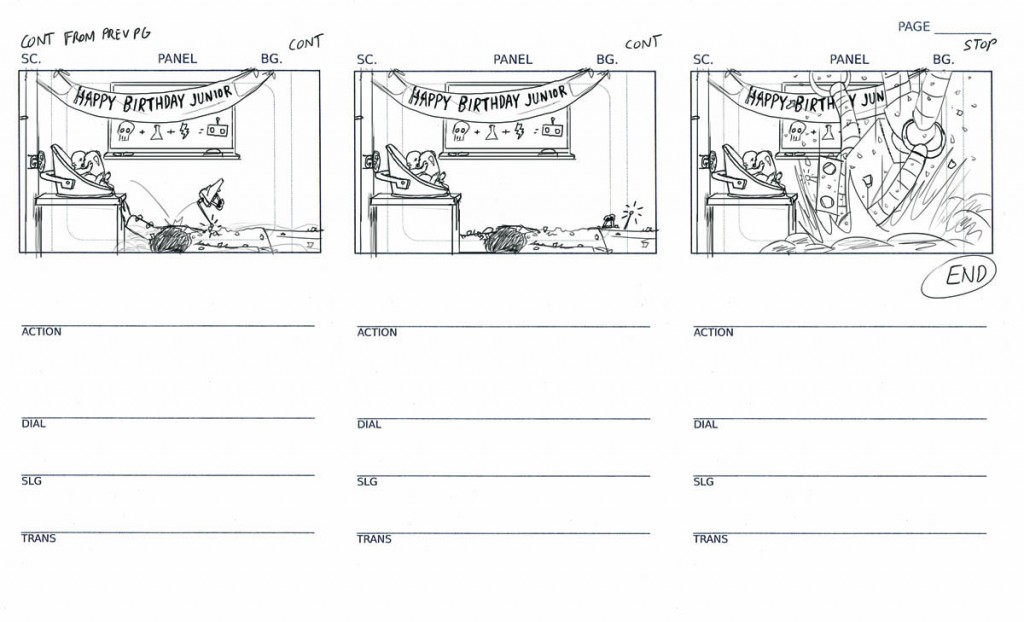 Got all that? Okay, so, the scene:

Open on a  creaky old house in the middle of the woods, surrounded by scientific-looking pylons. Lightning strikes one of the pylons, and we follow it inside to where it is powering a laser gun. The laser gun shoots down at a robot, which lurches to life. The camera trucks back, revealing it is within a mad scientist’s lab.

Cut to the mad scientist laughing maniacally, and then moving a lever on a switchboard. In response, the robot’s head-mounted antenna starts beeping, and its arm lurches upward. The scientist, pleased, grabs the controller switchboard, whips around to face the camera-

-and cut to what he sees: a happy baby in a basket, playing with a balloon.

We then see that behind the two of them is a banner wishing the youngster a happy birthday. The father offers the controller to the kid, who ignores it in favor of the balloon. He angrily swats the balloon away and then, amidst the baby’s cries, teaches him how to use it. He stands back for a second, pleased with the baby’s swift uptake, only to be yanked from behind-

-to find himself face to face with an angry robot. Who tosses him into a wall.

Groggily, the man looks up at the baby, who is controlling the robot. The baby waves his arms plaintively upward. The man glances upward to see the balloon that the kid was looking at — and it’s heading to the skylight. The camera trucks out, revealing how far away that is… and the robot steps into the frame.

Back in the lab, the baby continues playing with the controller. A loud CRASH can be heard, and the father falls to the floor amidst a shower of shattered glass and debris. Defeated and barely moving, he offers the baby the balloon. The child, delighted, drops the controller, which bounces off of the father’s ruined and prone body.

A beat, as the child enjoys the balloon, and then the robot comes crashing through the roof and lands on the father.

Now, I’m pretty happy with the story. The actual art also turned out alright, and conveys a lot of what I was trying to convey. The parts that I did poorly, though, are myriad:

Still, I’m happy with it, especially since I thought I would suck WAY way more. And also, hey, I did it. Most people in the class didn’t. That’s a win.

Perhaps soon to come: I post my first assignment, which was to storyboard and deconstruct a scene from an already-made movie. I had a ton of fun with that one.