Here’s another storyboarding assignment. This one, we were given a fable, and told to make a faithful modern interpretation of it. The rules were:

So I’m going to present my storyboards without comment, followed by the original fable prompt. Then I’ll talk about what worked and what didn’t. 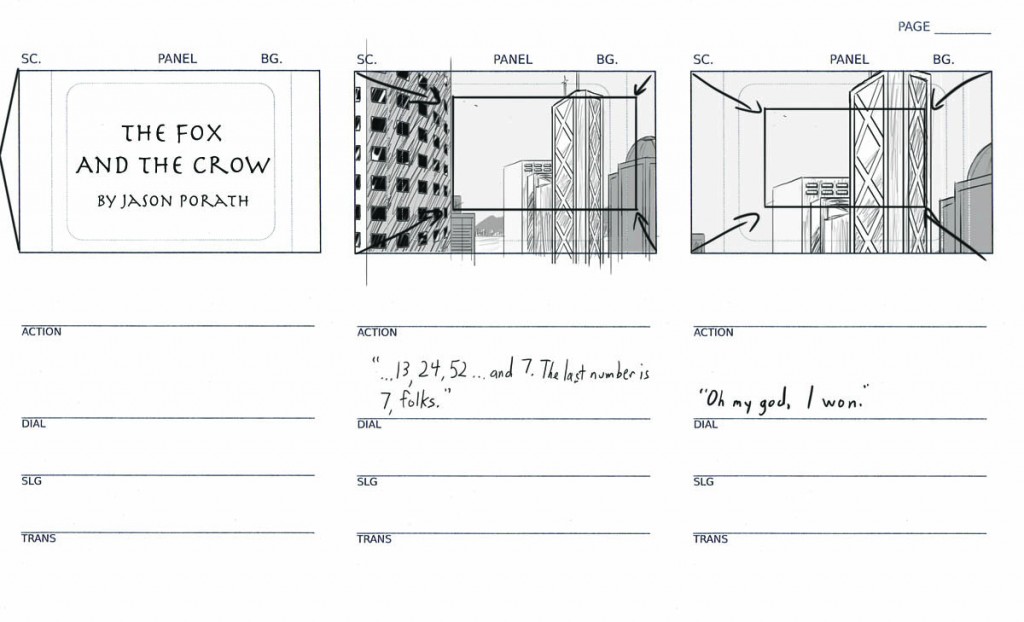 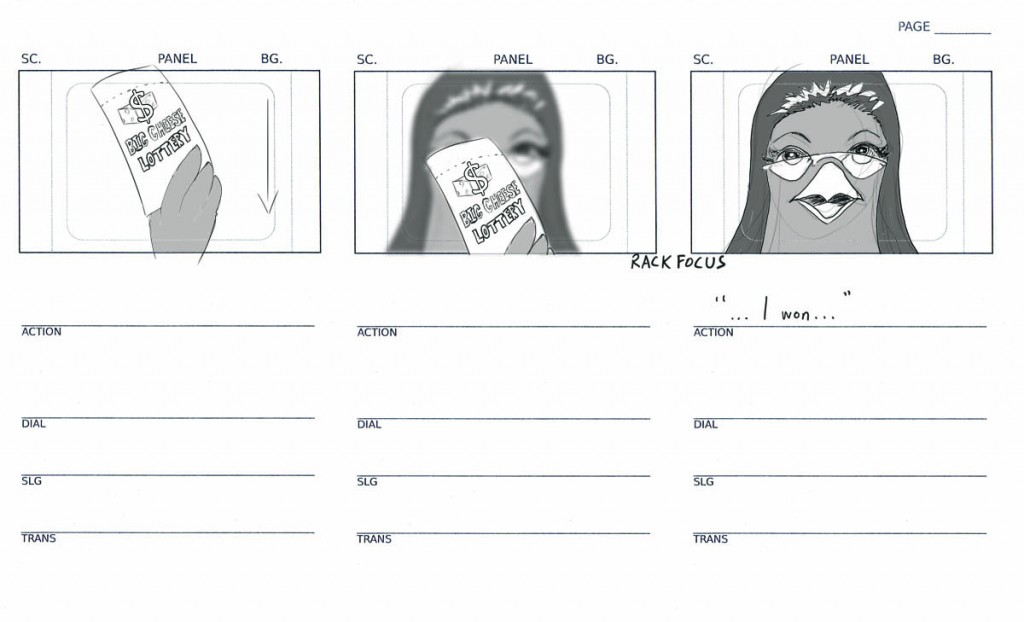 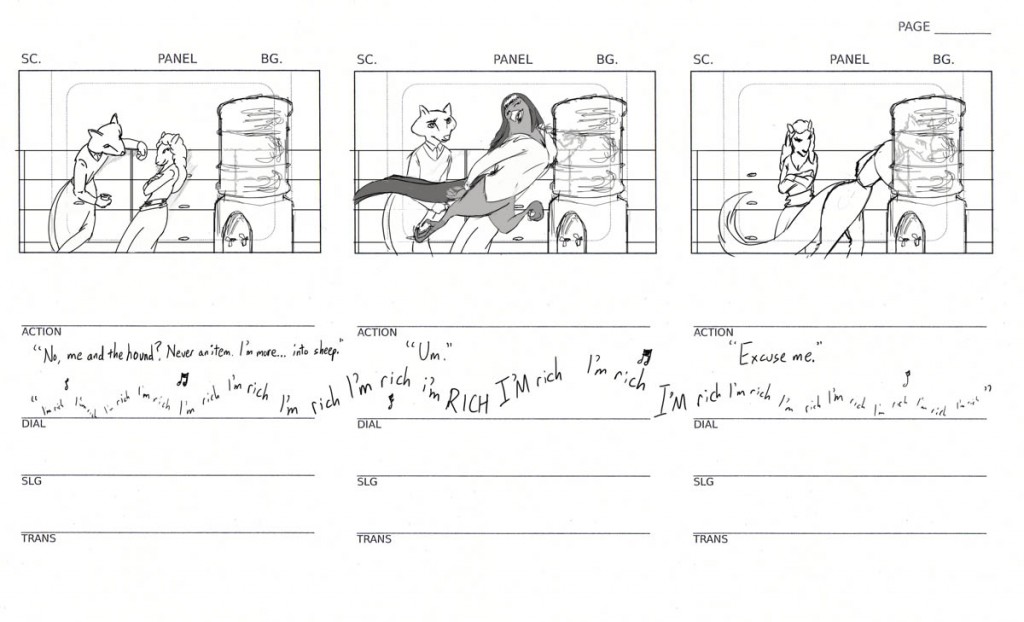 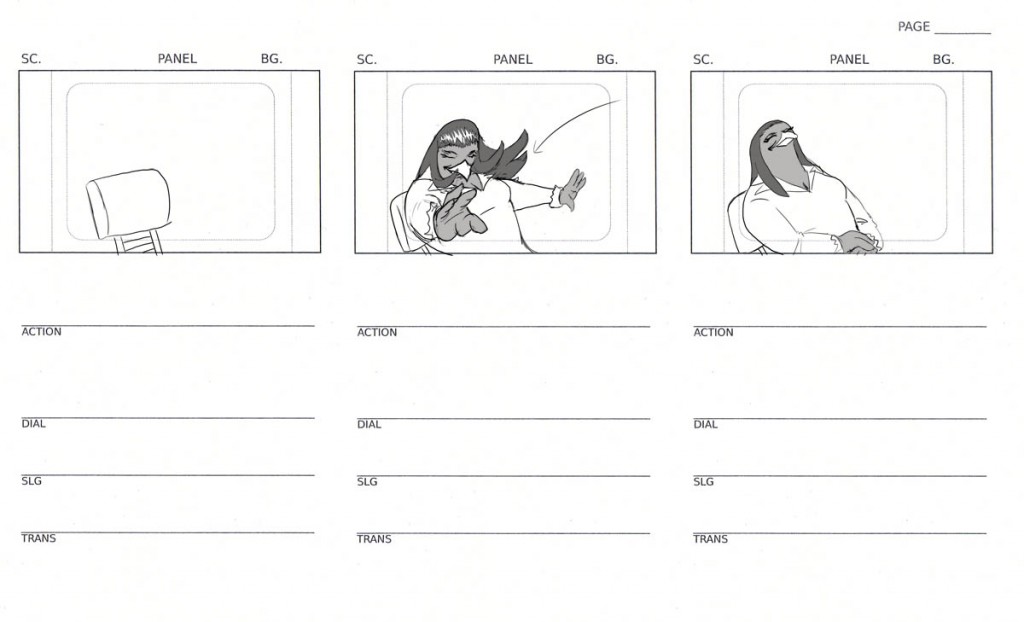 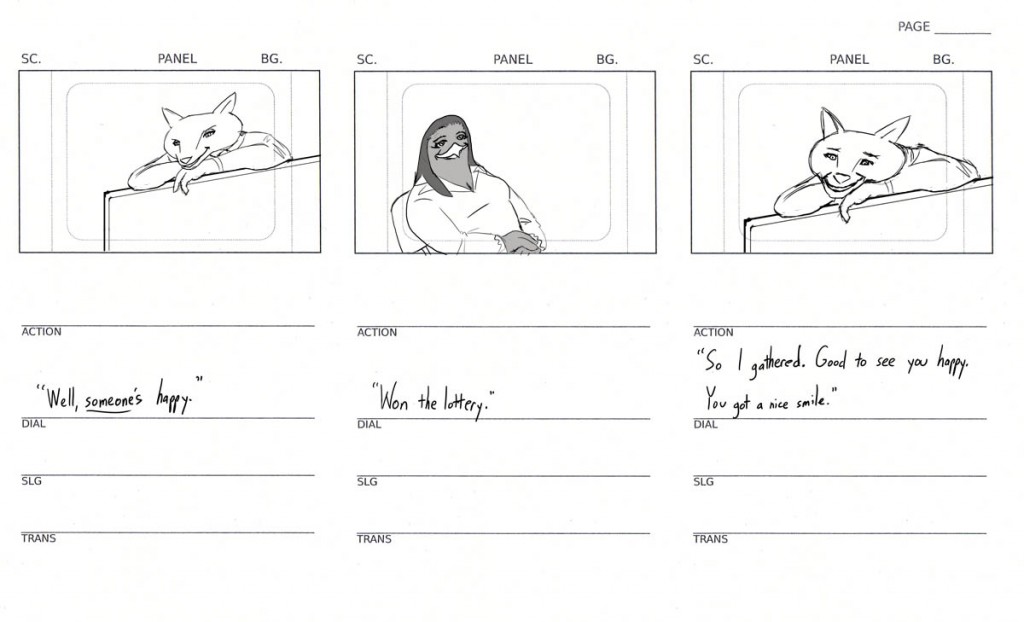 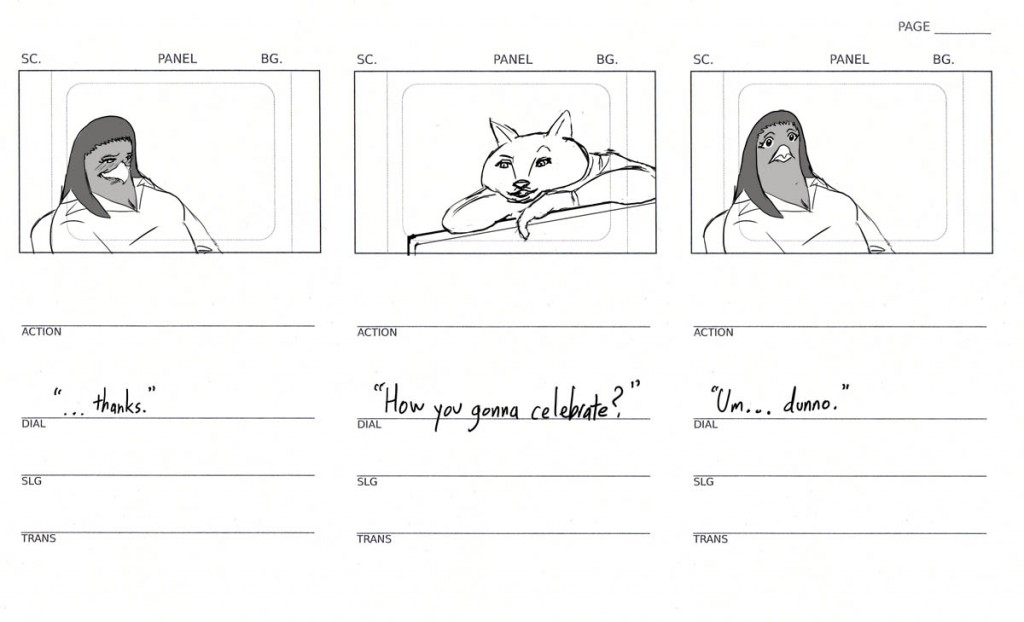 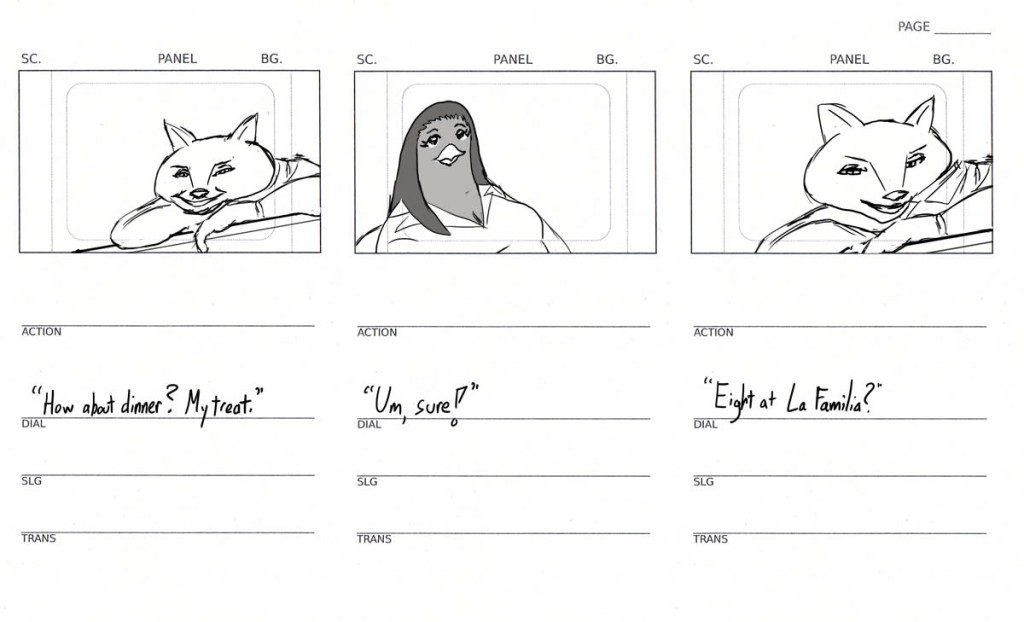 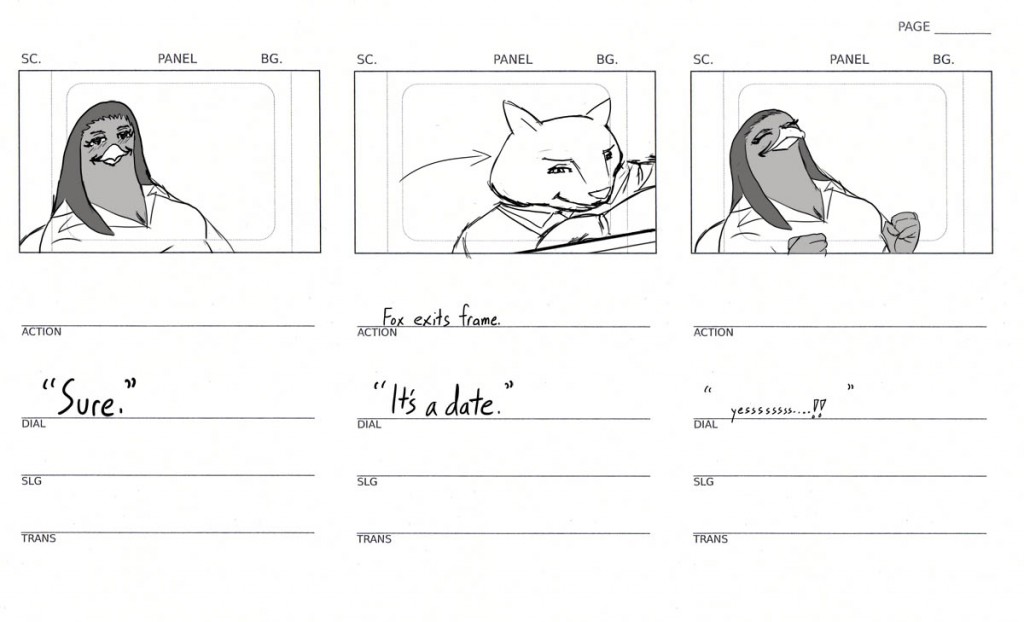 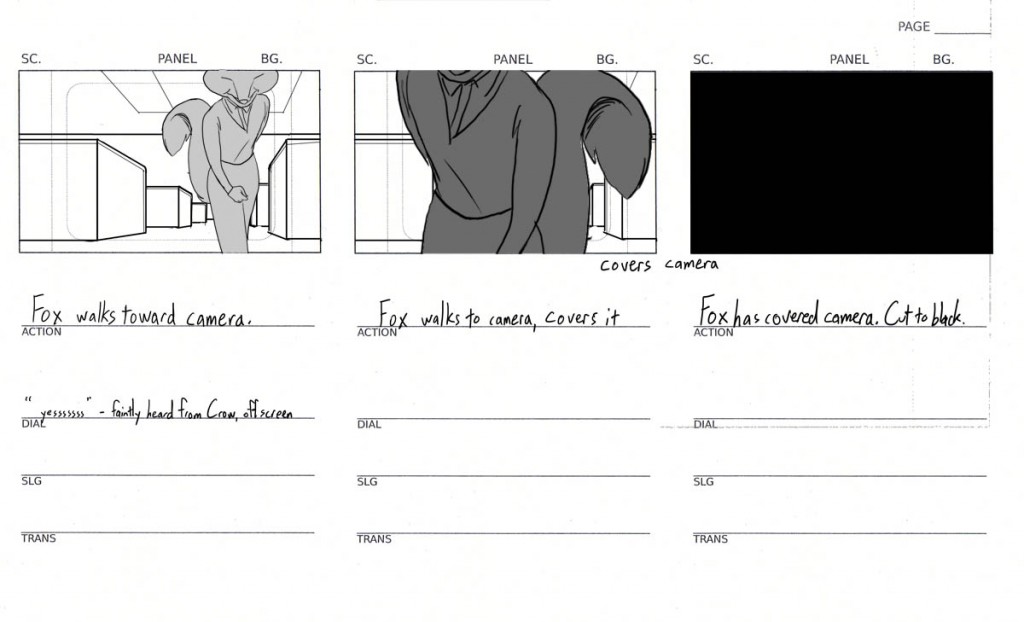 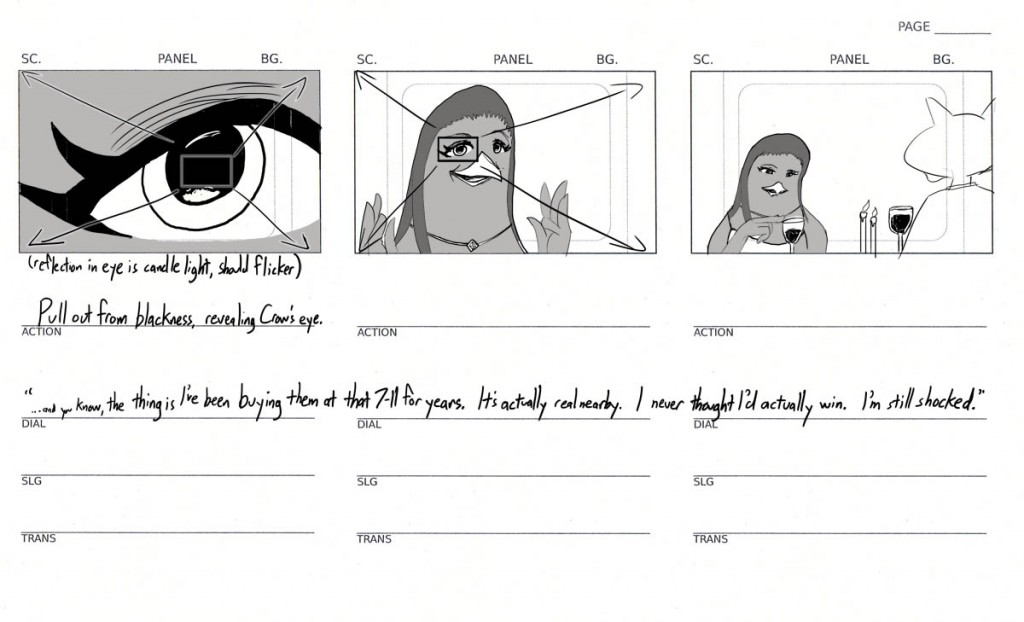 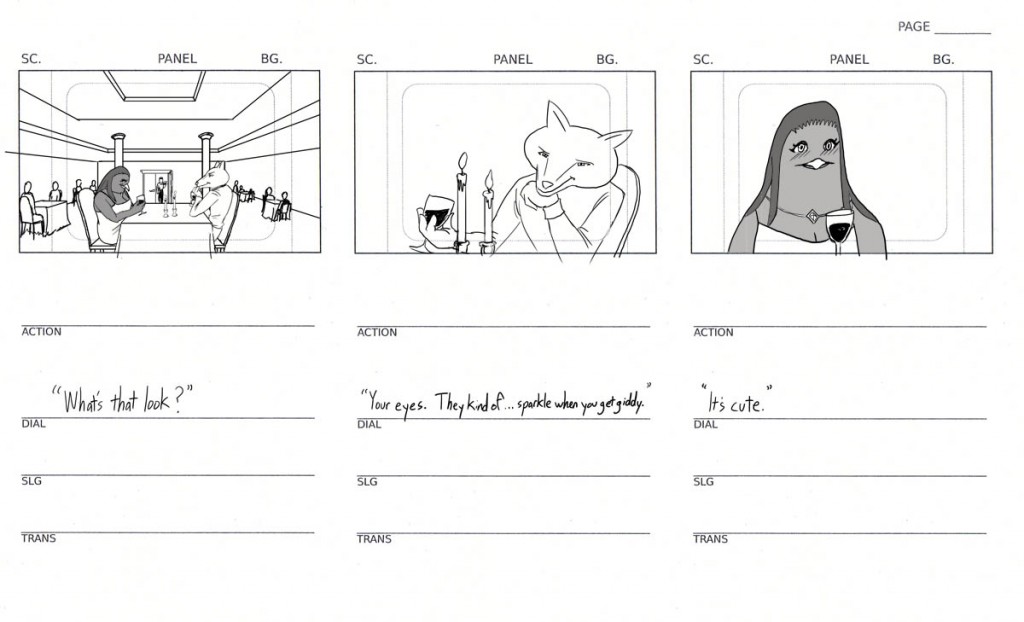 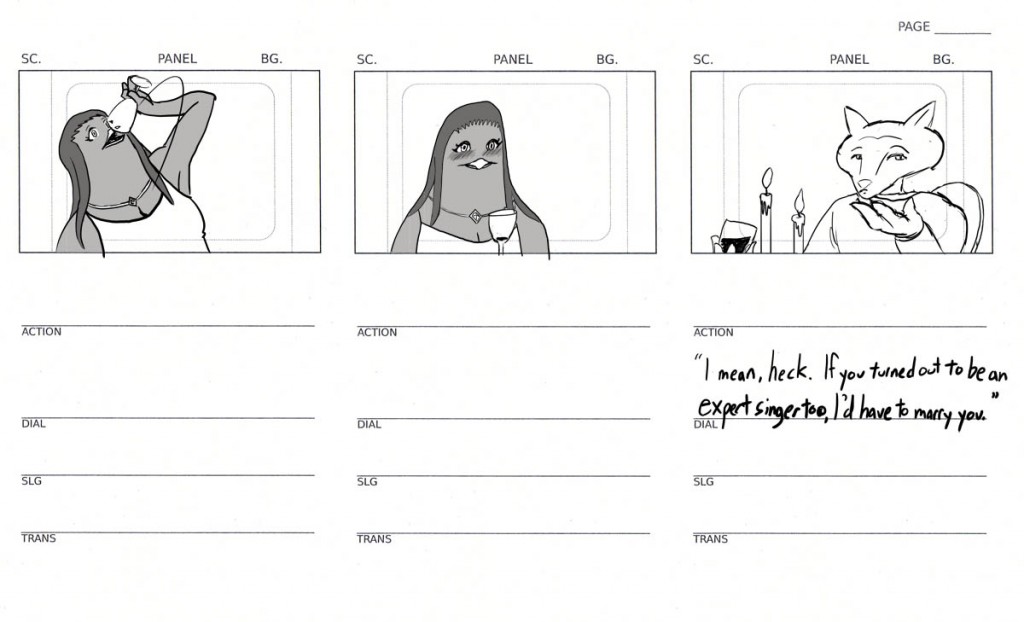 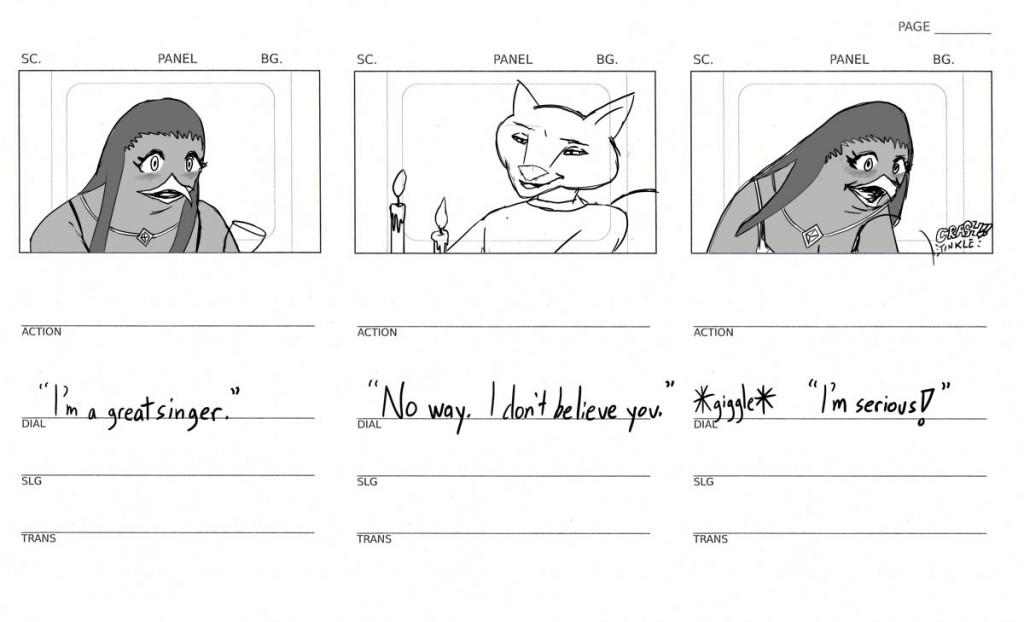 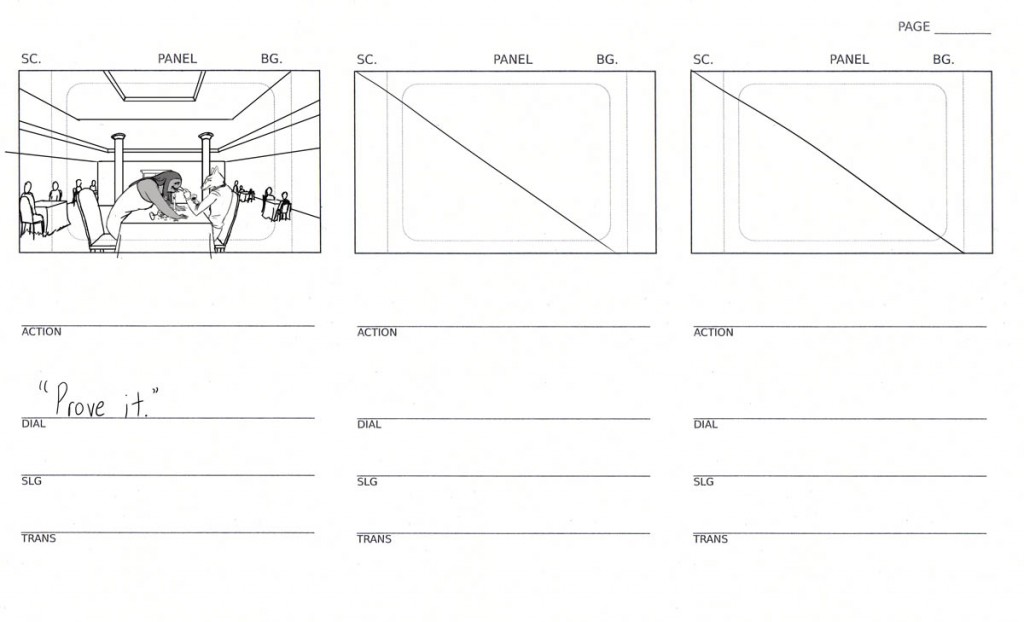 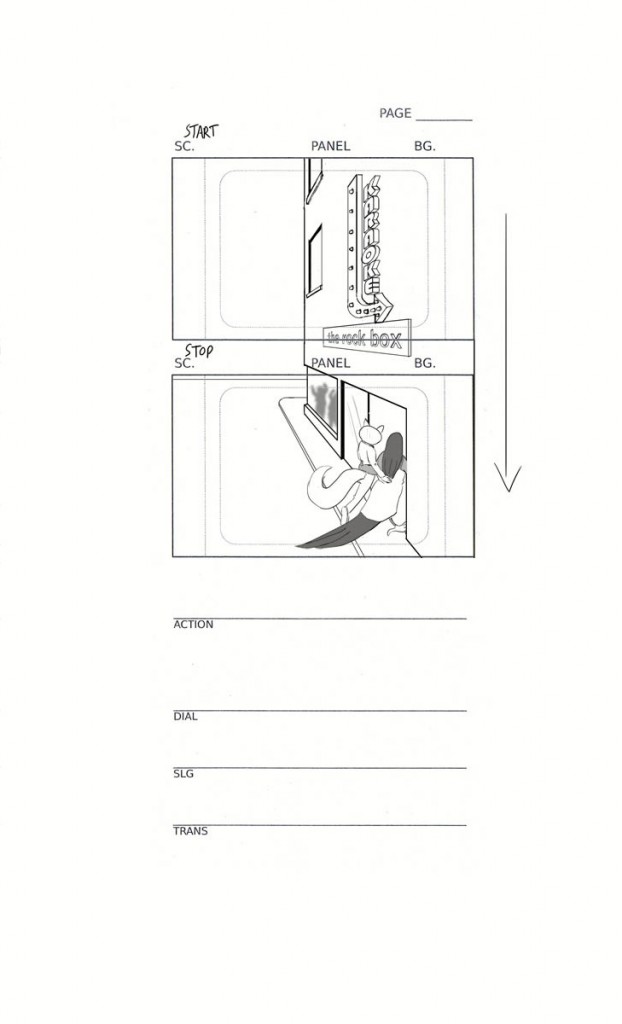 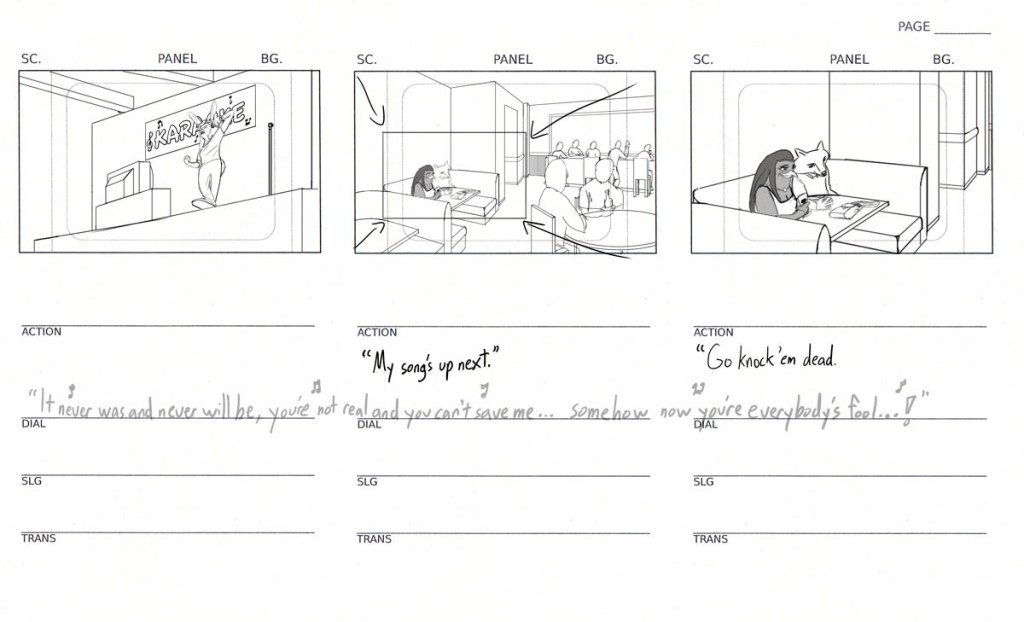 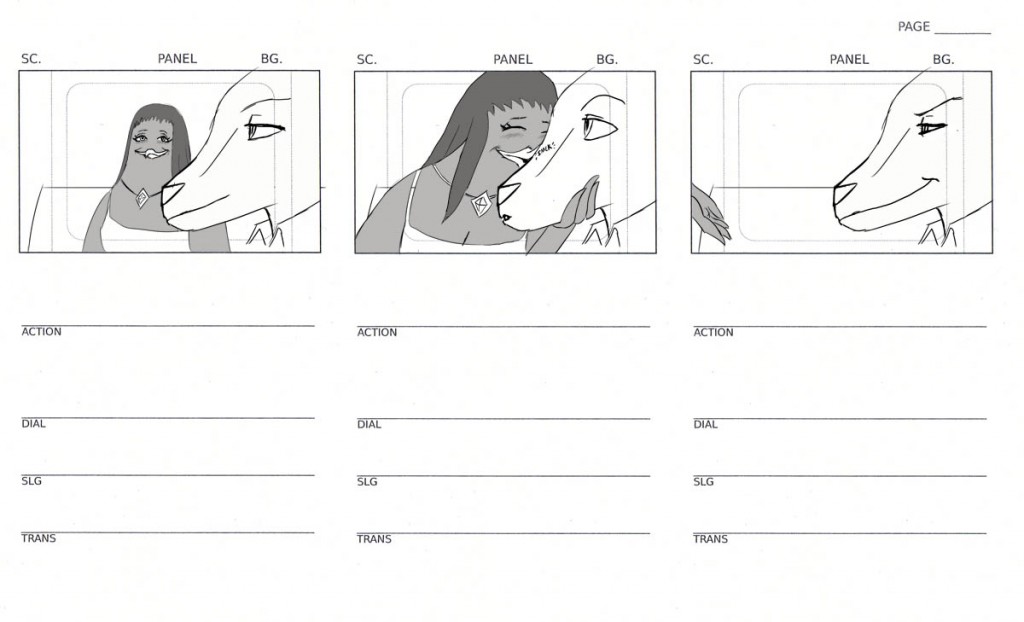 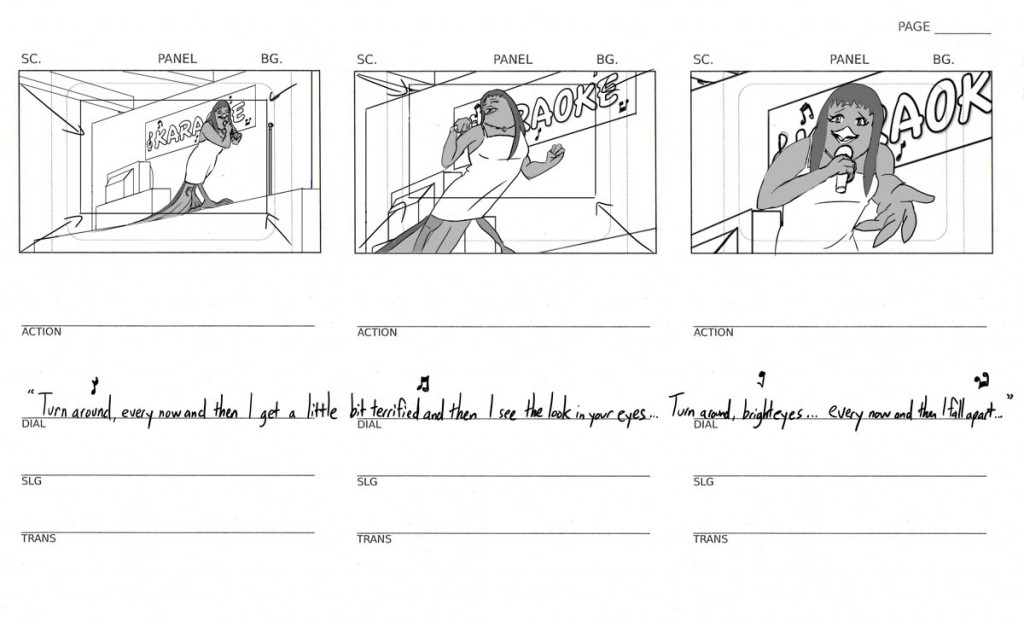 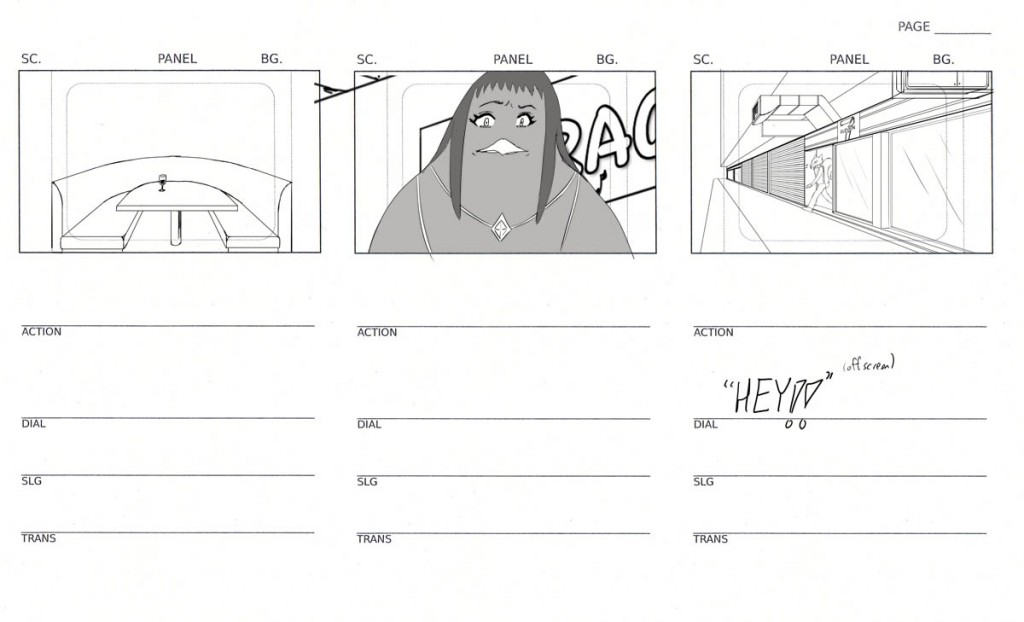 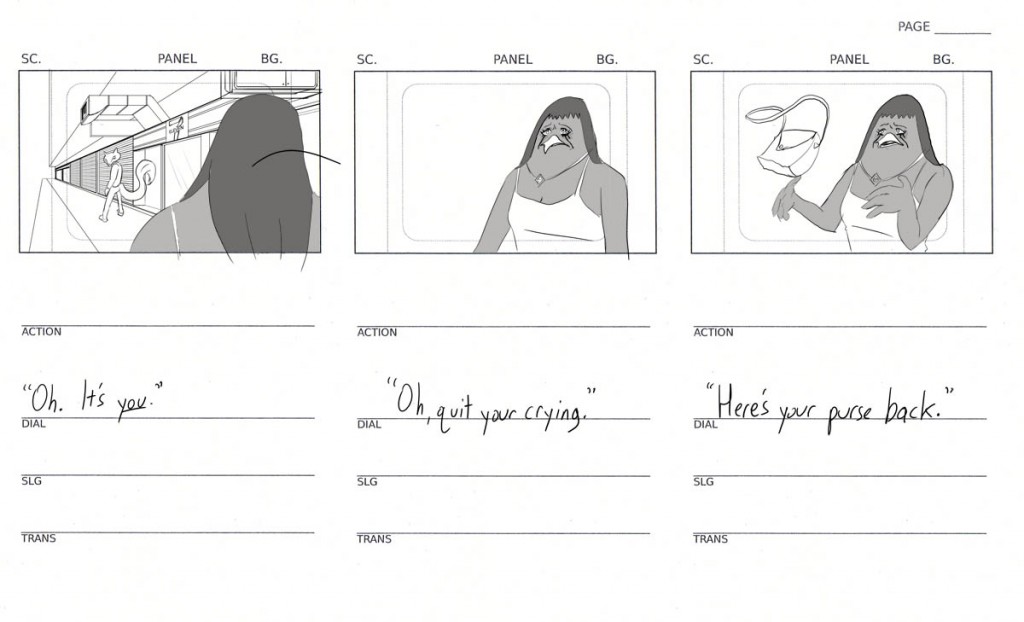 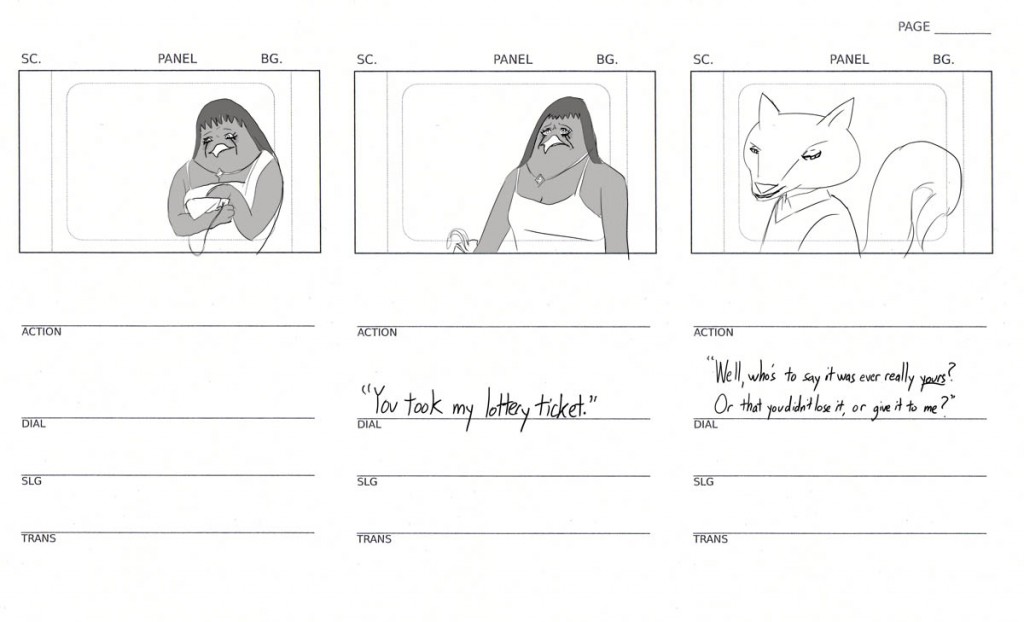 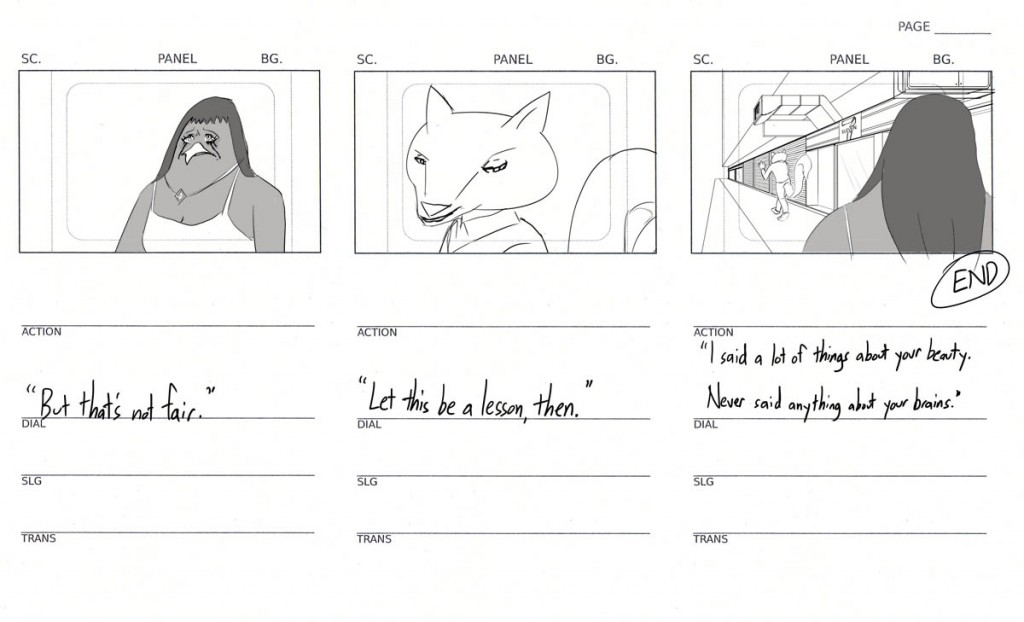 Okay, got all that? Now here’s the original fable: 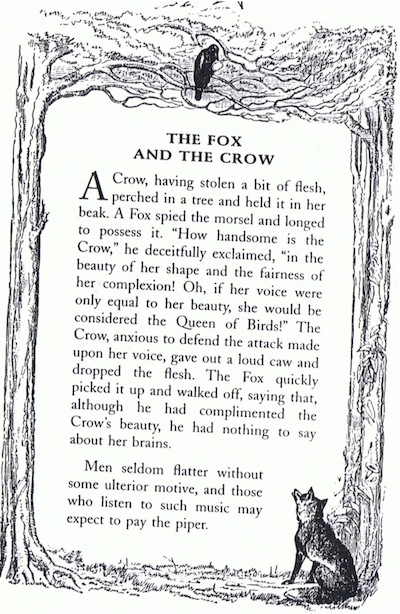 …so you can see, I wasn’t just needlessly misanthropic and cruel to my characters, it’s basically the backbone of the fable: “beware of sociopaths.”

So, what I think worked:

What I don’t think worked:

I have (easily achievable!) ideas on how to make this even better, into a really good portfolio piece. As is, it’s pretty good, but with a couple tweaks, it’ll be close to great.

Oh, and the teacher really liked it. Asked for a copy, even. Yay!